Our Team
We are leaders in NK cells, cancer immunology, drug discovery, functional genomics, gene editing and cell therapy. We are driven by the challenge of engaging the immune system to fight cancer, and focused on delivering the first truly effective NK cell immunotherapies.
Scientific Advisory Board

Professor Fabienne Mackay, PhD obtained her PhD from Louis Pasteur University in Strasbourg, France working at Hoffman La Roche Ltd in Basel Switzerland. Her past work on the cytokine BAFF, described in very highly cited articles, provided the knowledge foundation for the development of belimumab, an approved treatment for Systemic Lupus Erythematosus (SLE).  Her group is focusing on inhibitors for the BAFF receptor TACI to treat SLE and Chronic Lymphocytic Leukaemia (CLL) while preserving key immune functions. She has published over 170 articles cited 17,000 times (h-index 65) and is the World’s most highly cited author on BAFF. She is the inaugural Head of the School of Biomedical Sciences at the University of Melbourne, Australia. Her industry experience includes 5 years at Biogen Inc., USA, co-founder of MabDesign Ltd and consultant to various pharmaceutical and Biotech companies like GSK, Eli Lily, and Board Member of ENA Ltd. She is an inventor on 176 submissions worldwide, representing 5 families of patents. 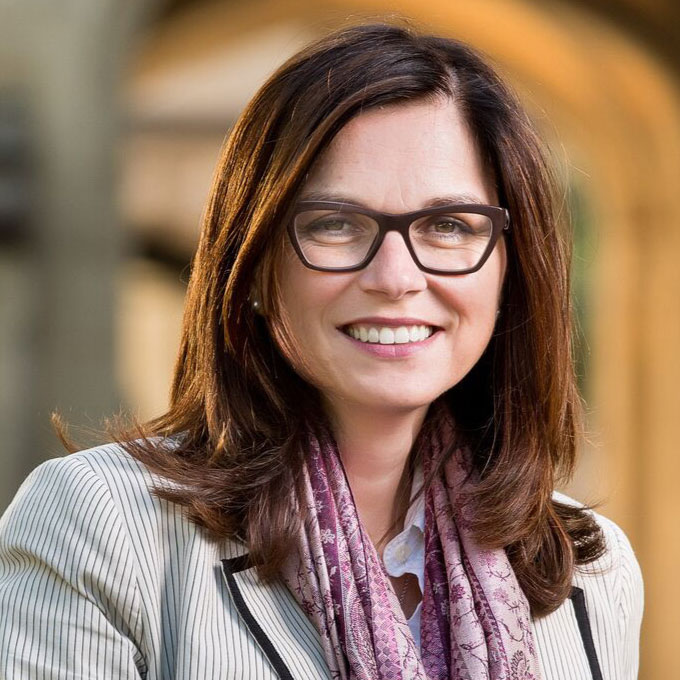 Professor Jamie Rossjohn, PhD is currently an ARC Australian Laureate Fellow (2017-2021) and was previously a NHMRC Australia Fellow (2011-2016) and ARC Federation Fellow (2007-11). He is the Head of the Infection and Immunity Program of the Biomedicine Discovery Institute at Monash university. Professor Rossjohn is known for his contributions to the understanding the molecular basis underpinning immunity. He has used structural biology to explain pre-T-cell receptor (TCR) self-association in T-cell development, and how the TCR specifically recognises polymorphic Human Leukocyte Antigen (HLA) molecules in the context of viral immunity and aberrant T-cell reactivity. He has unearthed structural mechanisms of HLA polymorphism impacting on drug and food hypersensitivities, as well as Natural Killer cell receptor recognition. He has pioneered our molecular understanding of lipid-based immunity by T cells, revealing that it can differ fundamentally from peptide-mediated adaptive immunity. Recently he has provided a structural basis of how vitamin B metabolites can be presented and recognised by the immune system, revealing a new class of antigen. Collectively, he has published more than 365 papers and mentored numerous researchers towards obtaining higher degrees and nationally competitive fellowships. 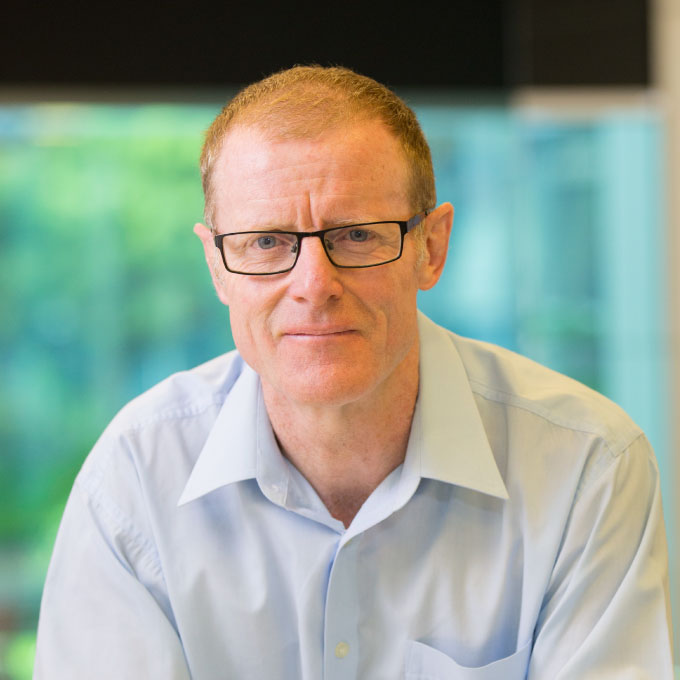 Professor David Tarlinton, PhD was educated at University of Sydney (BSc) and Stanford University (PhD) before post-doctoral training with Prof. Klaus Rajewsky (Cologne, Germany) and Prof Gus Nossal (Walter and Eliza Hall Institute (WEHI)). David became an NHMRC Research Fellow and Laboratory Head at WEHI in 1997, subsequently appointed Principal Research Fellow and Professor of the University of Melbourne before being appointed Professor and Head of Department of Immunology and Pathology at Monash University in 2016. David’s scientific work has focused on the differentiation of B lymphocytes, particularly during immune responses and autoimmune diseases. This has led to discoveries in the mechanisms of antibody secreting cell generation and survival during and after immune challenges and in autoimmune diseases. He was President of the Australasian Society for Immunology, recipient of a Distinguished Innovator Award from the Lupus Research Institute (USA), of the Australian Museum Eureka Prize for Scientific Research and the Jacques Miller Senior Travel Award and made a Life Member of Clare Hall, Cambridge UK, in 2015. 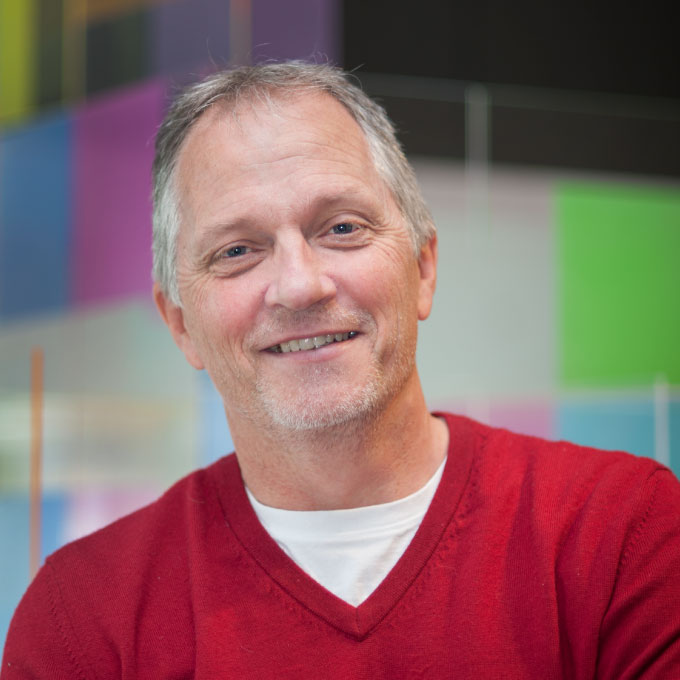 Associate Professor Joseph (Sefi) Rosenbluh is an expert in functional genomics and has made major contributions in our understanding of cancer signalling pathways as well as the development of high throughput genetic screening technologies. After completing his PhD at the Hebrew University of Jerusalem, Israel he moved to the Broad Institute of Harvard and MIT as a postdoctoral fellow and later as an instructor of medicine. Joseph has recently joined the faculty of Monash university and in addition to heading a research lab he directs a new functional genomics platform at the Hudson Institute of Medical Research. His recent focus has been on developing CRISPR technologies for loss of function screens, and new approaches such as genetic interaction mapping and high throughput RNA sequencing. In total, he has authored 25 research publications, many of which are influential publications in journals such as Cell, Cell Systems, Nature Genetics and Nature Communications. 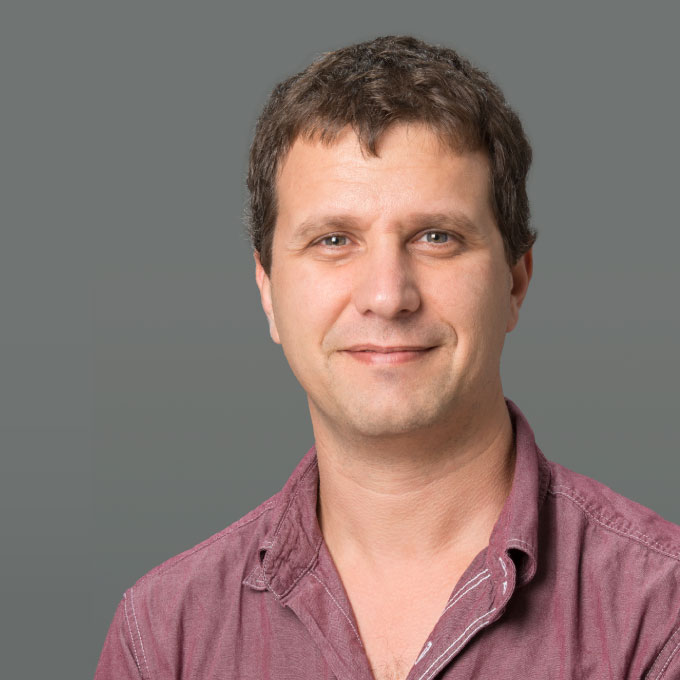 Dr. Mark Voskoboynik is the lead Phase I Trials Oncologist at Nucleus Network and a Medical Oncologist at the Victorian Melanoma Service and the Alfred Hospital, Melbourne. He is the Principal Investigator of a number of early phase, including first-in-human, clinical trials. He has a specific clinical interest in melanoma, lung cancer and urological malignancies. He is passionate about teaching and education and is an Adjunct Senior Lecturer at the Alfred Campus of the Monash University Central Clinical School. After completing his training in Australia as a Medical Oncologist, he spent 2 years undertaking a Clinical Research Fellowship at Guy’s Hospital and the drug development unit at Sarah Cannon Research Institute in London, UK. He has co-authored publications in peer-reviewed journals and presented at local and international meetings. 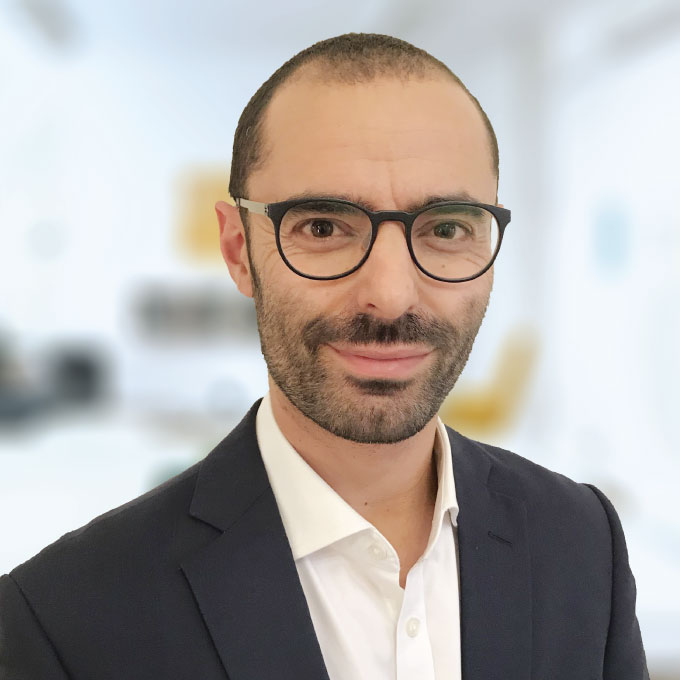 Associate Professor Thomas Gebhardt, MD PhD is a Senior Biomedical Research Fellow (Sylvia & Charles Viertel Charitable Foundation, 2016-2021) and laboratory head at the Peter Doherty Institute for Infection and Immunity (Department of Microbiology and Immunology, University of Melbourne).  He received training in clinical medicine and biomedical research at the Hanover Medical School, Germany, before joining the University of Melbourne in 2005. Over the past decade, Thomas and his team identified and coined ‘tissue-resident memory T cells’ (TRM) as the T-cell population that dominates immune protection at body surfaces. They also pioneered the in-depth functional and transcriptional characterization of TRM cells and more recently described an important function of TRM cells in suppressing the outgrowth of clinically occult melanoma lesions. Many of Thomas’ paradigm shifting contributions to the field of T-cell memory and peripheral immunity have been published in highly influential journals such Nature, Science and Nature Immunology. 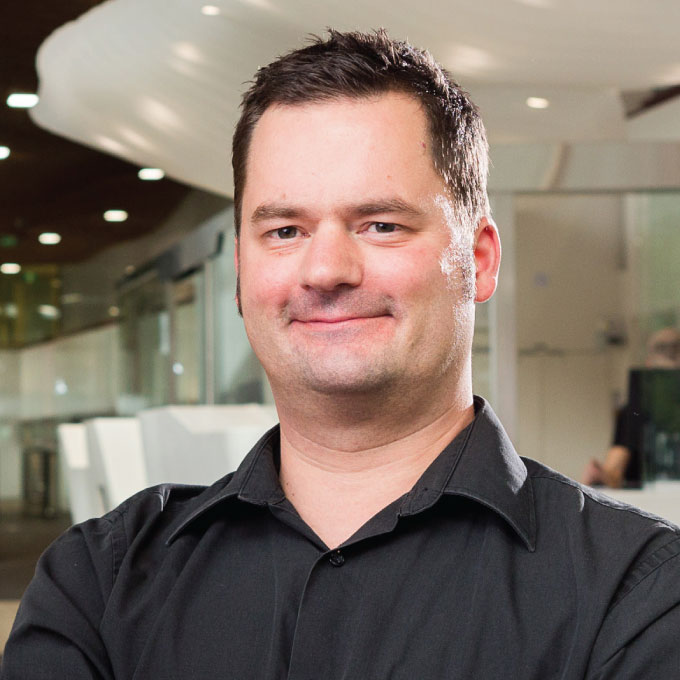 Professor Mark Shackleton is the Director of Oncology at Alfred Health, a Professor of Oncology at Monash University, a Victorian Cancer Agency Clinical Research Fellow and Chair of Melanoma and Skin Cancer Trials Inc. After training in medical oncology and at the Ludwig Institute in Melbourne, he undertook PhD studies at the Walter and Eliza Hall Institute of Medical Research and post-doctoral work at the University of Michigan, USA. He has received several major prizes for his research: the 2006 Victorian Premier’s Award for Medical Research, a 2010 NHMRC Achievement Award, a 2011 Pfizer Australia Fellowship, and a 2016 Victorian Cancer Agency Clinical Research Fellowship. In 2012, he was awarded the Australian Science Minister’s Prize for Life Scientist of the Year. 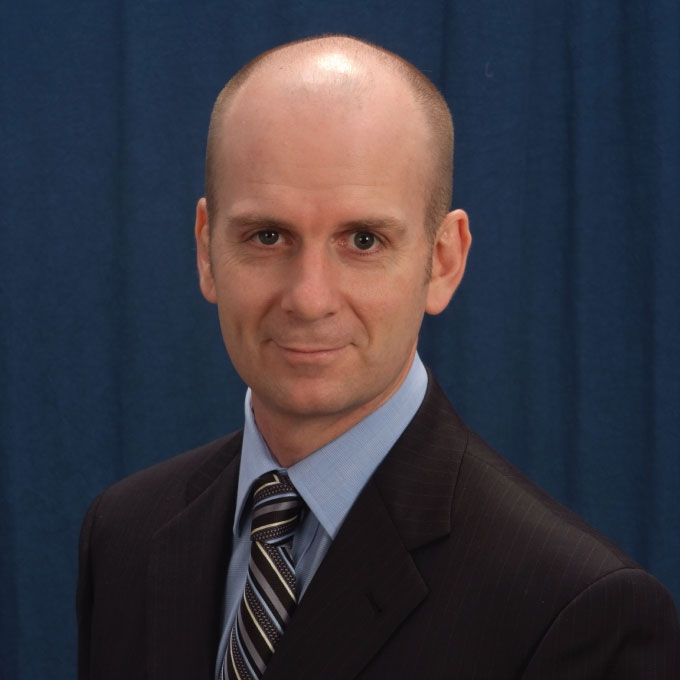 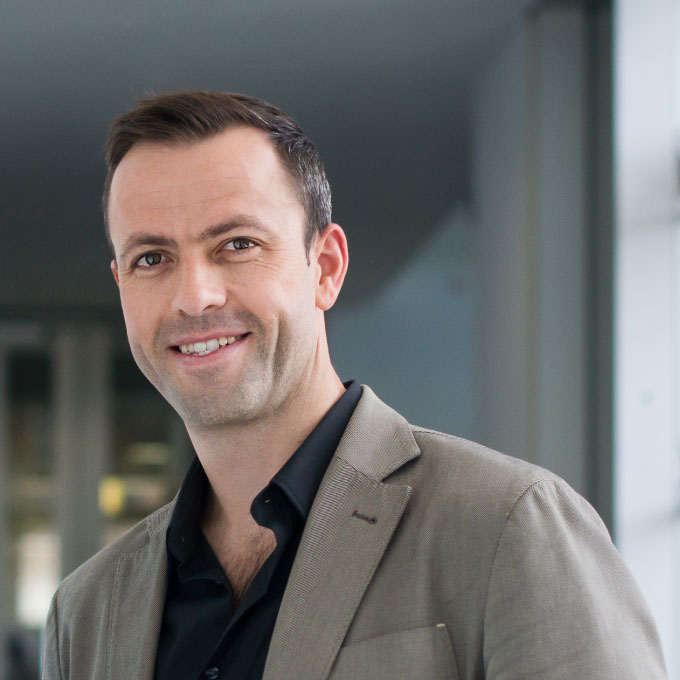 Jai Rautela, PhD (Co-founder & CEO) obtained his doctoral degree from the University of Melbourne and the Peter MacCallum Cancer Institute, followed by a post-doctoral position at the Walter and Eliza Hall Institute under the mentorship of Professor Nicholas Huntington. Jai went on to become the youngest founder of a biotech start-up company in Victoria, and in his scientific role at oNKo-innate he oversees the functional genomic screening and gene-editing programs. As an ambassador for the city through his role in the Committee for Melbourne, Jai also sits on the board and organising committees of various non-profit organisations that deliver healthcare and education to underprivileged members of the local community. 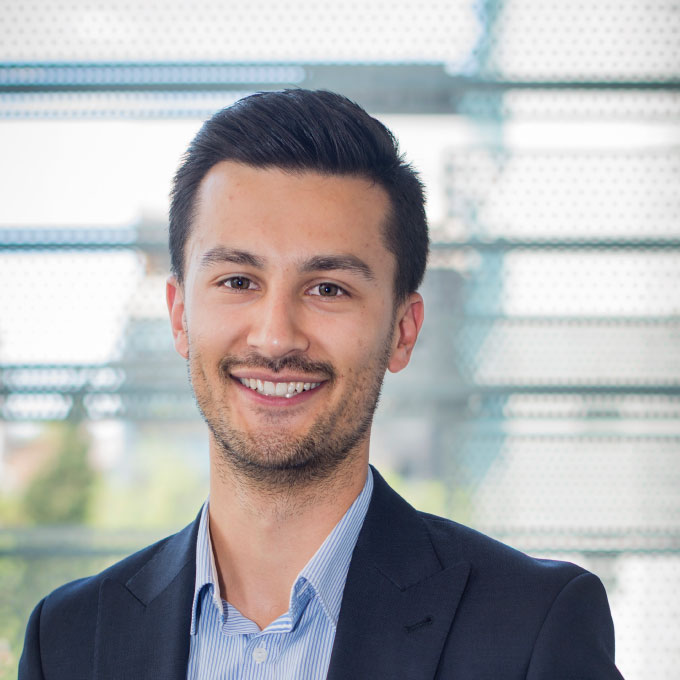 Dharnae Kern – after graduating with a Bachelor of Science, Bachelor of Commerce and Diploma of Modern Languages (German) from the University of Melbourne, Dharnae joined Goldman Sachs as an analyst within the Natural Resources team, covering Agriculture, Infrastructure, Oil & Gas and Metals & Mining (focused on mergers, acquisition opportunities, corporate financing and strategic advisory). Dharnae has since held a position at National Australia Bank as a strategy consultant and is currently an Associate Director at Grant Samuel corporate finance & advisory. 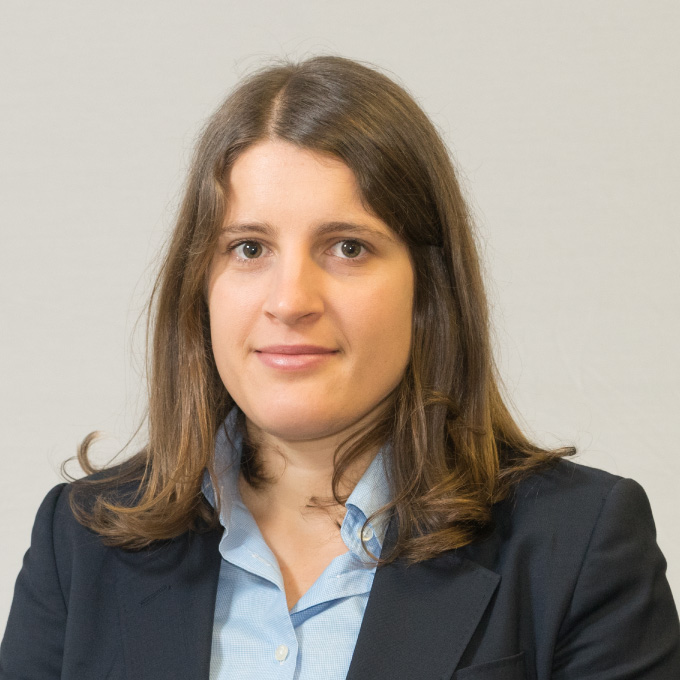 Kevin Molloy is Senior Executive Director and Head of Investor Relations of AXA Equitable Holdings. Until September 2017, he led the Group Retirement business of AXA Equitable, delivering net flows for four consecutive years and driving a customer centric vision through the business. Prior to this role, Mr. Molloy was CFO of AXA Global Life upon initially relocating to Paris in 2010. There, he served as Senior Vice President of AXA’s Business Support and Development area and shareholder representative for a number of Group entities, including AXA Equitable, AXA Life Japan, AXA Investment Managers, AllianceBernstein, and AXA Life Invest.

Mr. Molloy joined AXA in 1999 as Director of Corporate Finance and was named to roles of increasing responsibility in Investor Relations and Distribution Finance. He began his career as an Economist and Corporate Profits Analyst with the United States Department of Commerce’s Bureau of Economic Analysis. He holds Bachelor of Science and Master of Science degrees in Agricultural and Resource Economics from the University of Connecticut. Mr. Molloy resides in New York City with his family and is an avid cyclist. 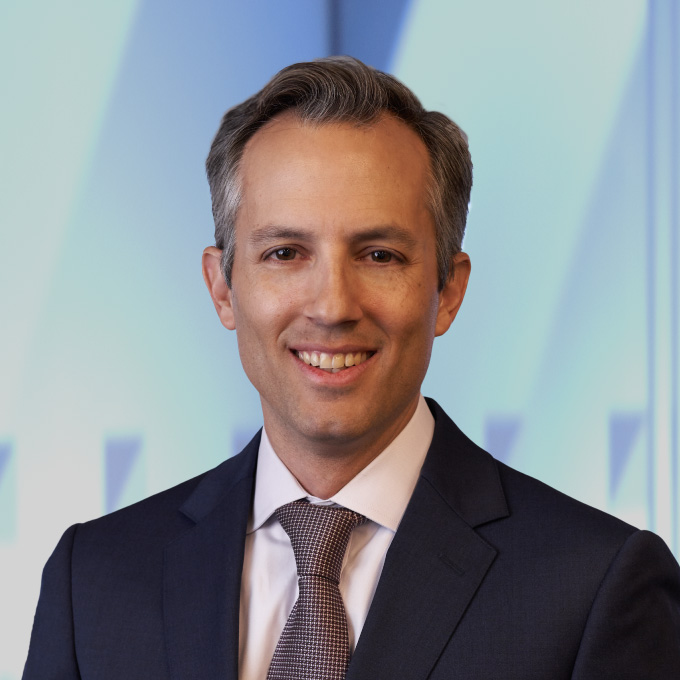 John Hughes – after graduating from Melbourne University, John completed is chartered accounting qualification at Coopers & Lybrand (now PwC) working in audit services and taxation. He then worked at Bongiorno & Co before starting his own accounting practice in 1977. He is currently in the practice of Hotchkin Hughes Pty Ltd with a major interest in Self Managed Superannuation Funds (SMSF), having gained a sought after accreditation, the Specialist SMSF Adviser from CAANZ. He is also a registered auditor. 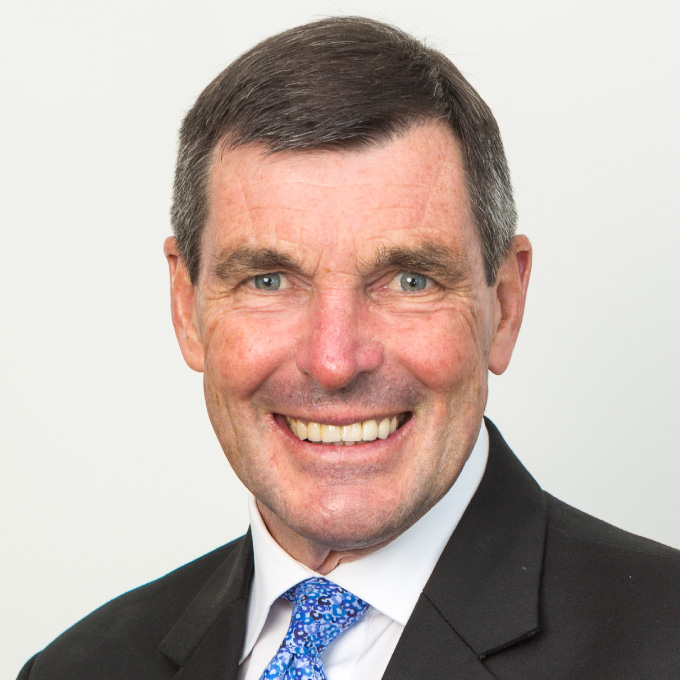